Ask a Trainer: Healthy Choices for Kids aka The Biggest Loser post! 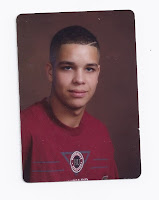 After the great response to my last blog post I invited everyone to send questions on ANYTHING and EVERYTHING fitness related for me to give my take on. You can be sure that I'll give it to you "straight, no chaser!" Today's question comes from an old high school classmate, Charlene!

"My daughter is 8 years old and unfortunatly doomed by genetics to be obese, not overweight but OBESE. I had Gatsric bypass along with just about EVERY female in my family,(ALOT of ...women) she is I'm told by her pediatrician considered obese, I try SOOO hard to get her to make healthy desicions and be active, like I just signed her up for swimming and diving, but it's so hard to tell your child "you can't have that piece of cake because it's not healthy" so give me some advice on this one. THANK YOU SO MUCH!"

Great question Charlene! First and foremost, I'm going to be blunt, I'm not a fan of bariatric surgery. Anyone who has ever watched "The Biggest Loser" has seen numerous people get ZERO results from various procedures. Its a classic example of treating the symptoms, not the cause. There are two big issues here, the first one is your statement "doomed by genetics". In my opinion too many people confuse genetics with "environment". We've all seen overweight couples walking around with overweight kids and hear them say "I've got bad genetics". Well the reality is that mom and dad ate like crap, didn't exercise, and raised their kids in a house eating the same crap and not encouraging exercise. Thats not genetic, thats environment. Because I'm in the fitness business, people are always wondering what I think about shows like The Biggest Loser. In a nutshell, there are a lot of things about the show I don't like but they are all outweighed by one important fact. 10 seasons and counting The Biggest Loser continues to illustrate that ANYBODY CAN LOSE WEIGHT THROUGH BETTER NUTRITION HABITS AND EXERCISE. It's as simple as that. I'm well aware that not everyone keeps the weight off but of those who put it back on they all readily admit to falling back into old bad habits. Thats not genetic, thats environment. Typically, most people with serious obesity issues have other underlying emotional issues that are the root of the problem (another thing The Biggest Loser does a great job of addressing) and when this isn't addressed, no surgery is going to fix anything. Kudos to you as I've seen your Facebook pics and it appears your one of the success stories for bariatric surgery.

Now to answer your actual question! 8 year olds aren't decision makers or at least in my opinion, they shouldn't be. At this stage in the game, you as a parents are the decision maker about what goes into your daughters mouth. Unfortunately, this means being the bad guy sometimes but I firmly believe that it's your job as a parent to do so. Now this does not mean that you should NEVER allow your kids to have unhealthy foods. I'm also a believer that if you deprive kids of something or tell them not to do something, you are only going to make them want it that much more. You have to be the one in charge of your kids but at the same time RESPECT their intelligence! Kids minds are so amazing and they pick up on so much and sometimes as adults we forget that. So even though the kids might be upset or might not like the decisions your making, usually somewhere deep down it will register with them, especially if you are consistent with the message. Don't just simply say "you can't eat that" and don't make it a fat issue, make it a health issue. "Don't eat that because it will make you fat" should be replaced with "I don't want you to eat that because it does bad things to your body and over time it won't make you FEEL good about yourself, I love you and I always want you to feel good about yourself". Finally, you MUST set the example by your ACTIONS as well as your statements. You can't tell your kids to eat healthy while you sit around and eat junk food yourself.

I think it's great that you signed your daughter up for swimming and diving! We constantly hear how kids are getting more and more obese and video games, internet, and television have taken the place of getting out and being active. It's SOOOO important to encourage kids to get out and be active ESPECIALLY young girls. We all know what happens when girls hit the teen years; they want to be cool, dress nice, and getting sweaty in gym class is soooo not cool. Finding physically active activities that your kids enjoy and taking an active role in them as early as possible in life gives you the best chance at assuring your child grows through their teen years and into adult years living an active healthy lifestyle.

In the interest of full disclosure, I don't have kids so some might question my credentials on giving you this advice. I give this advice to you as someone who grew up in a single parent home with a dad whose parenting skills were far from good. I give you this advice reflecting back on what things I would have wanted my father to have said but more importantly DONE. His mantra was "do as I say, not as I do". If he were alive today, I would tell him that is the biggest load of crap I've ever heard! As I said earlier, kids are brilliant, many times I think kids are SMARTER than adults! They pick up on EVERYTHING, and they will pick up on your actions every bit as much as your words so always be conscious of the example that you set. Talk to your kids, really get to know whats going on in their world. Yes you are the boss, but that doesn't mean you can't be their friend too. Too many kids are entering adulthood with way too much emotional baggage and turning to drugs, alcohol and food to treat those symptoms and taking way too many years to actually get down to fixing the problem. Never allowing those problems to happen is half the battle. Childhood should be a fun and exciting time of life. The last thing I would add is that this message also needs to be given to anyone that spends a lot of time around your daughter. If there is a friends house that she goes to a lot and eats junk food, have a discussion with the parent about what your trying to do and keep the focus on HEALTH not on weight. You've got 5 years before she becomes a teenager, at which point she will probably not listen to a DAMN THING that you tell her until the age of 20 when she begins to realize that you were right about everything but don't worry, thats a natural and normal part of life! Have fun and let me know how things progress!

As always, I'd love to hear your comments and if you've got other advice for Charlene please share! If you'd like me to answer your question on fitness, email me at info@centralparkfitness.com or you can ask away directly on my Facebook page! 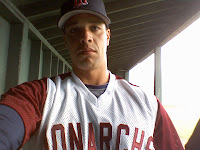 Posted by Central Park Fitness at 8:07 AM